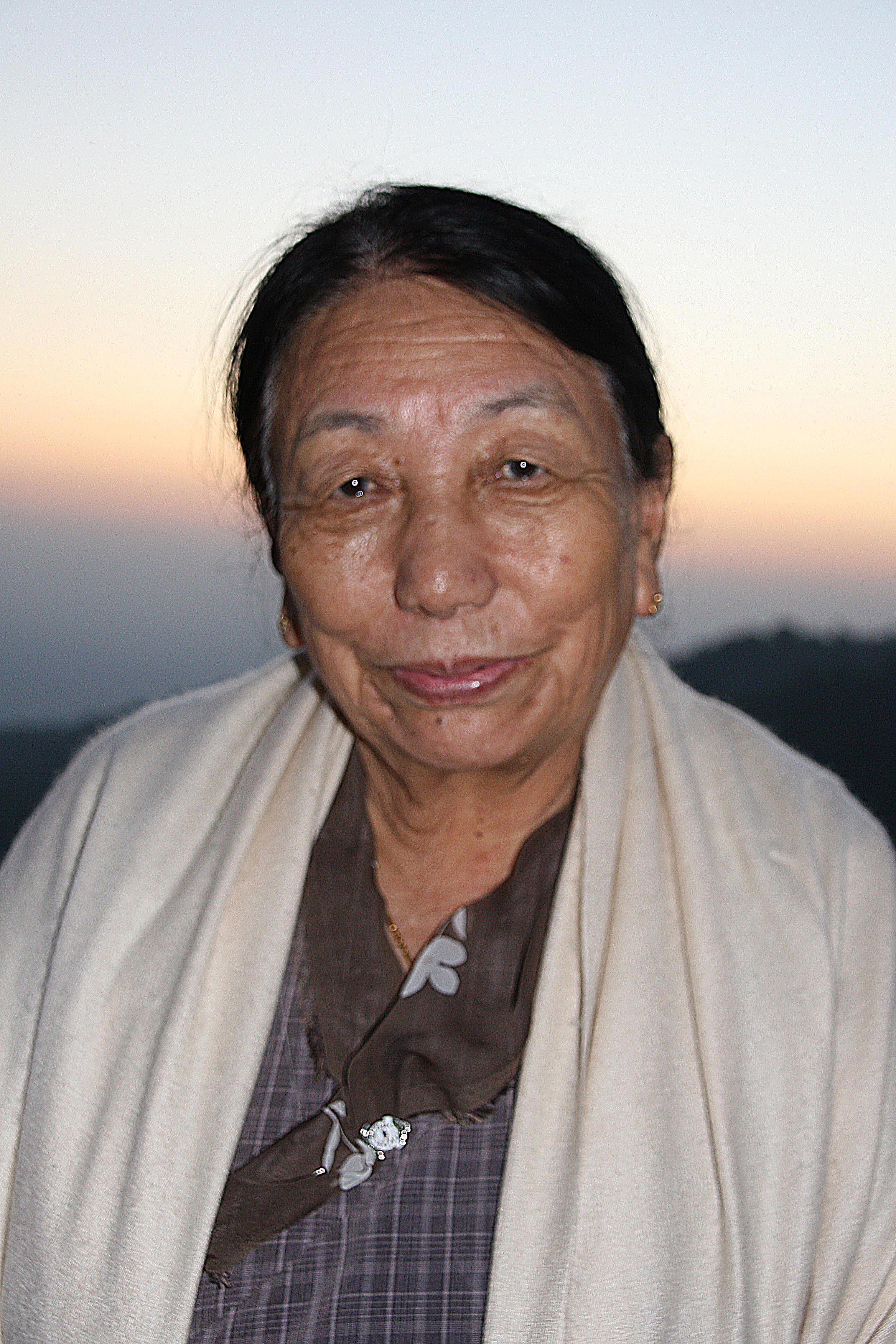 Grandmother Tsering Dolma was born in 1929 and grew up in Lhasa. Her parents had five children, of whom three became monks and two, including Tsering, remained at home.

‘Our family was never well-off but we were very happy,’ Grandmother Tsering says. ‘Many children were cared for here and several generations lived together under one roof. The grandparents stayed at home to look after the children while the parents worked.’

As a girl Grandmother Tsering was allowed to attend school, although in Tibet this wasn’t easy.

Later, out of gratitude, she wrote letters for other women who hadn’t learnt to read and write.

When Tsering was 12, her grandmother died. At the age of 15, she began to study Buddhism, which teaches that the individual self is not important and that instead one should concentrate on the needs of others, a principle she has remained true to until today.

She recognized that her grandmother was a wonderful example of how to live a selfless life and for the good of others and that her mother was also a very generous and positive woman.

Grandmother Tsering thinks that there is no difference between the various spiritual traditions in the world except that Buddhism is primarily about training your mind and through this finding the way to inner serenity.

Tsering is devastated by the progressive destruction of the planet. In her opinion, the reason why there is no striving for peace lies in the immense competition we feel with each other and in our egoism. She believes that parents carry the responsibility for the children who later as adults harm the world.

‘As the Dalai Lama has said,’ she explains, ‘the mother is a child’s first teacher. She teaches him right from wrong and how one should behave as a good person in his culture. Children should be taught to be kind and must learn to respect life and the spiritual traditions.’

In 1958 Grandmother Tsering embarked on a treacherous month-long journey through the mountains of Tibet to India in order to escape the brutal regime of communist China. It became too dangerous for her to stay in her homeland as her husband was known worldwide as an activist for the Tibetan cause. During the communist takeover, two-thirds of Tibet were annexed to China, 1.2 million Tibetans were murdered and 6,254 monasteries destroyed. Hundreds of thousands of Tibetans were forced into to labor camps.

Grandmother Tsering and her family were forced to take the same route as the Dalai Lama.

However, her eldest child, who attended a communist-run school, had to be left behind with relatives to prevent their flight being discovered. Once Grandmother Tsering and her family arrived safely in India they, like the Dalai Lama, could never return to Tibet.

In 1972, fourteen years after Grandmother Tsering had fled to India, she and her family moved to Toronto, Canada. Today Tibetans are scattered all over the world, endeavoring to bring peace and well-being to the places where they live.

Grandmother Tsering prays daily for peace and happiness in the world and for her people. When she returned to India in 1984, she revived the of Tibetan Women’s Association (http://www.tibetanwomen.org./), establishing thirty-three branches worldwide, among them New York and Toronto. In 1995 she took part in the Fourth World Women’s Conference in Beijing, China. She received many threats and risked her life when she spoke openly against the treatment of the Tibetans, and particularly Tibetan women, by the Chinese government.

When Grandmother Tsering addressed the Grandmothers for the first time, she said that she was full of hope that the Council would help to create good human beings, without whom peace on Earth is not possible.

At the end she recited a Tibetan poem:

‘Allow the spirit of awakening to arise in our hearts and let it thrive there.’