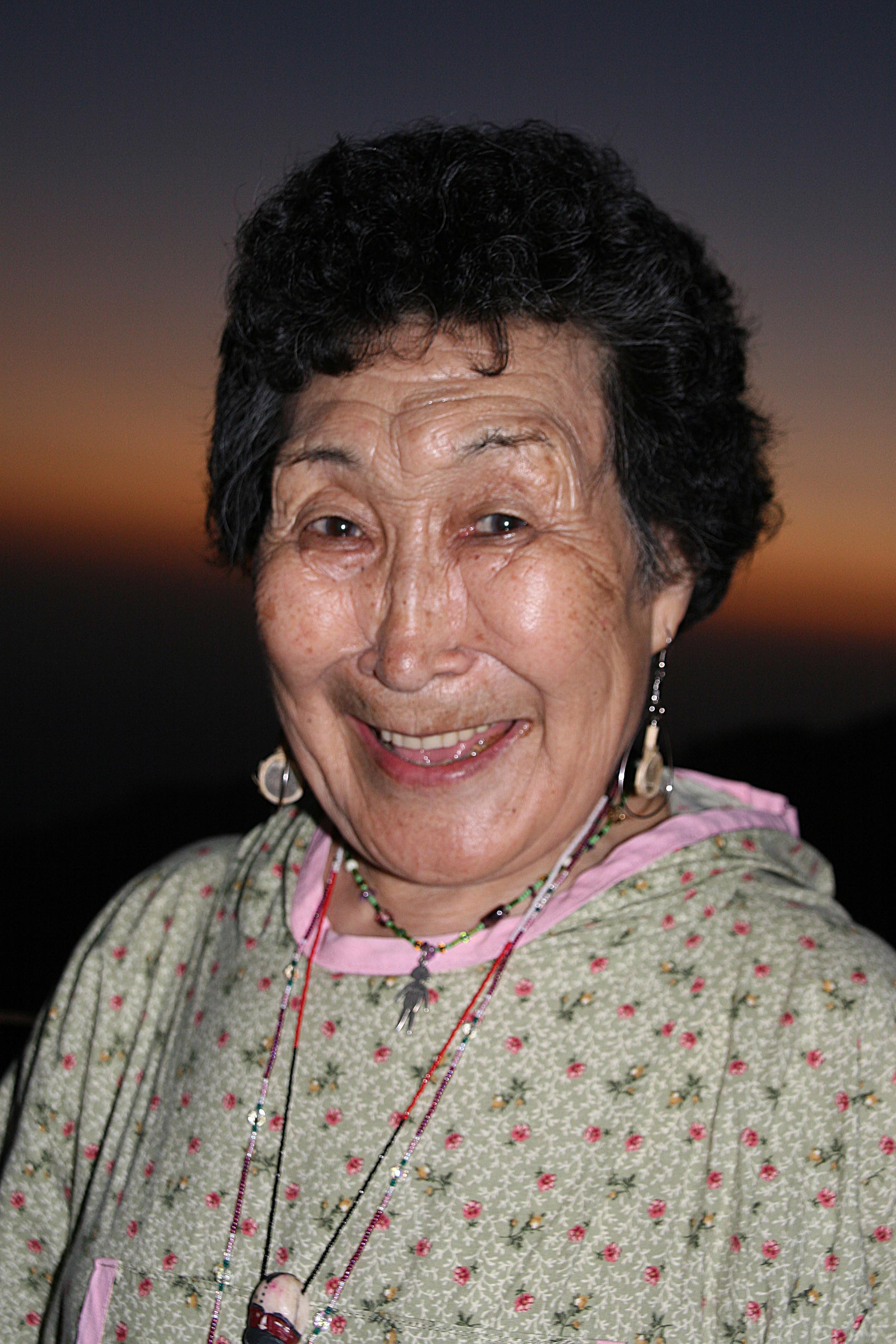 Grandmother Rita Pitka Blumenstein was the first inhabitant of Alaska to be certified as a traditional healer even though she had never attended an official school. Instead, she spent much of her time with the wise female elders of her tribe.

Rita was raised by her mother, grandmothers and great-grandmothers – all of them wise elders of the Yupik tribe – as her father had been killed before she was born. She still feels deeply connected to them.

Grandmother Rita was born on a fishing boat. Her family originates from the village of Tunuak, situated on the north-east coast of the six-square-kilometer Nelson Island in the south-west of Alaska.

The searing cold and the infertile tundra made life difficult for the Yupiks. As there are no forests or even trees in the region, each year, in a special ritual, they prayed for the return of driftwood. The Yupik put their trust in the help of animal spirits. Their hard struggle for survival bound them together and they became a strong, close-knit spiritual people. The name ‘Yupik’ translates as ‘real people’.

After the 2nd World War, the American government tried to eradicate the Yupik culture by forbidding fishing and hunting without a license and founding schools in which the Yupik children were forbidden to speak their native language. The old traditions of the tundra were deliberately and systematically destroyed.

Grandmother Rita’s name means ‘Clearing of the Pathway to Light’.

Right from birth, the tribal grandmothers recognized that she had a special gift, that spiritual powers could work through her. At the tender age of nine she received her first vision and began to work as a healer. The wise women of her tribe taught her that schooling is important, but not as important as learning about yourself. She has embraced this principle and made it the foundation of her work.

As a small child, Rita suffered from diphtheria for 2 years. During this time she could neither speak nor breathe properly, she could only listen. (Victor, I would put this part where I’ve inserted a star, seems more logical. Otherwise these 2 sentences just hang in the air without a context!)

In 1995 Rita was diagnosed with cancer. She knew that the path to her recovery and to become cancer-free was to heal herself at a deeper level. Through her illness, she learnt that her childhood had been marked by anger and sadness, as she grew up without the father she longed for. Her father’s absence, however, triggered her recovery, her way of working and her understanding that one has to make a better life for oneself.

For the people who come to Grandmother Rita she is often their last chance to be healed. ‘My secret is that I know nothing,’ she reveals to them, ‘I only know that my name is Rita Pitka Blumenstein, that I am your friend, that I am not sick or sad. But what about you?’

After asking this question Grandmother Rita, together with her patient, begins to delve into the emotional layers, exposing the hidden disappointments and pain which have gathered since childhood. In this way they get to the root cause of the illness.

In addition to her healing work, Grandmother Rita teaches basket weaving and traditional song and dance in over one hundred countries. As the tribal doctor for the South Central Foundation, Grandmother Rita uses plants and energy methods to heal, as well as the wisdom she learnt long ago from her grandmothers.

Until the recent death of her Jewish husband, Rita had been happily married for 43 years. She gave birth to six children, but only one daughter survived, who for fun calls herself ‘Jewskimo’, in other words an Eskimo-Jew

Grandmother Rita has six grandchildren and instructs her 12-year-old granddaughter, who ‘speaks to Mother Earth’, in the old traditions and healing ways.

Rita’s great-grandmother fully believed in Rita’s life as healer with a great gifts. For this reason she presented her 9-year-old granddaughter with thirteen stones and thirteen feathers which she should one day distribute at the Grandmothers’ Council she had seen in a vision.

Grandmother Rita believes that it is part of an ancient plan that humanity would go through thirteen stages of evolution. When she introduced herself to the Grandmothers’ Council, with tears in her eyes she handed each member a stone and a feather.

‘There are thirteen stones in honor of the thirteen Grandmothers, thirteen planets in the firmament and thirteen full moons every year’, she said. ‘Now we are all gathered here. Better late than never.’