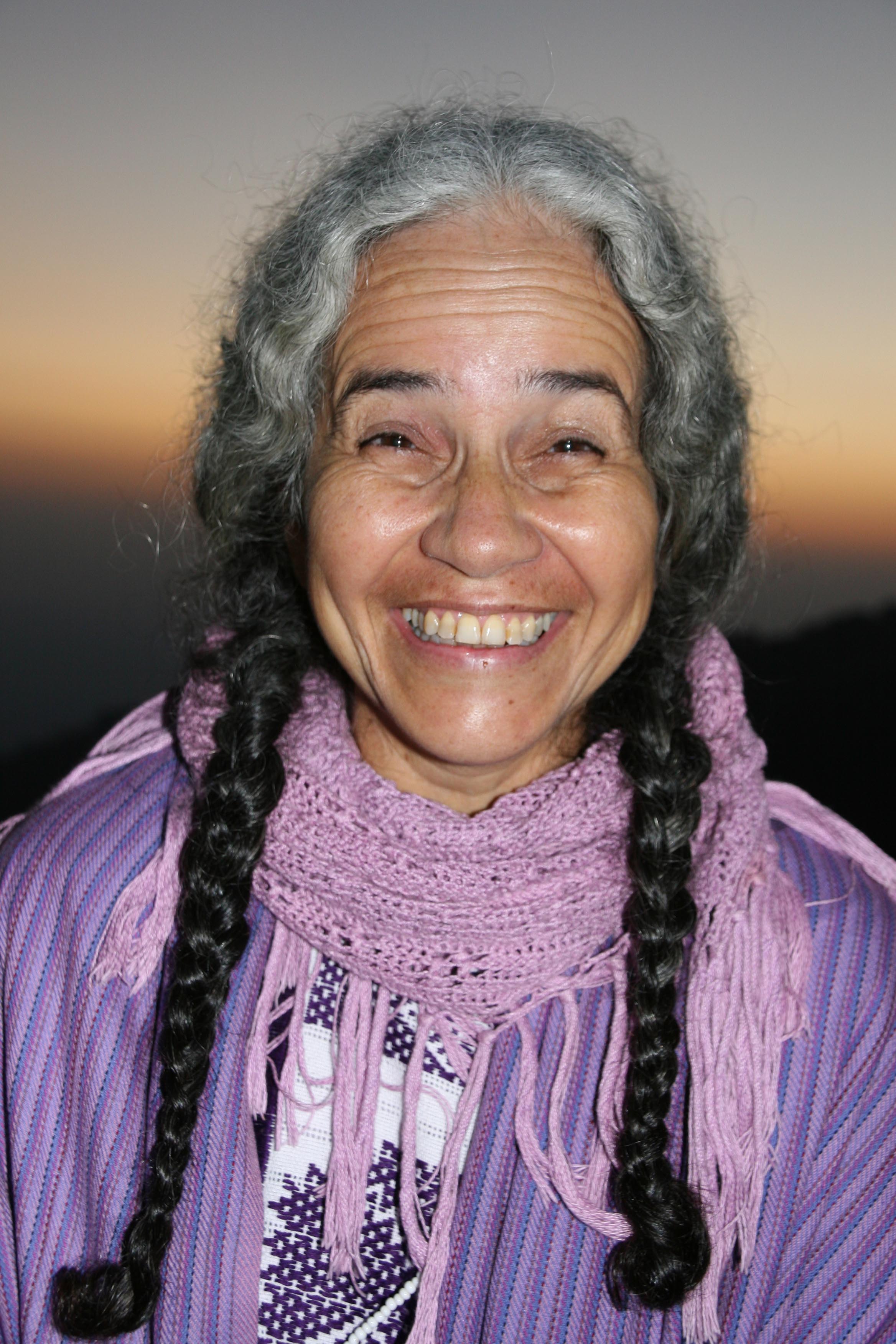 Grandmother Maria Alice was named after her paternal grandmother whom everyone thought to be crazy because she had lapses of memory and seemed to be living in another world. But Alice remembers her as a happy woman who loved the children.

Both Maria Alice’s grandmothers lived on another plane, as she herself does. ‘This is my life. I work with spiritual guides and spirits. My grandmothers are no longer in this world but their spiritual wisdom has a great influence on my life,’ she says.

Maria Alice grew up in Brazil where she was no stranger to war and persecution. At the age of 17, while living in Chile, she was imprisoned and tortured. During her imprisonment she was pregnant with her daughter who was born in Europe after she had been accepted as a political refugee. Her daughter cried all the time and Maria Alice was advised to take her to Africa. Once there her daughter never cried again and when she was 23 Maria Alice began to attend to her spirituality.

After getting amnesty, she returned to Brazil where a new world opened up for her. She was initiated into Umbanda, a Brazilian religion which has its roots in African, pagan and Christian traditions.

During a ritual she had a vision of ‘Master Irineu’ , the spiritual guardian of a sacred tea called Santo Daime. Soon after, she had the opportunity to drink some of the tea and this was a new step in her spiritual initiation.

She moved to the Amazon rain forest where she discovered an important side to her spirituality. She understood that her suffering had been necessary in order to awaken this spirituality.

In the Amazons she met Padrinho Sebastião, a disciple of Master Irineu and leader of a spiritual movement from deep inside the rain forest. He had called for her in spirit and greeted her as if she were his own daughter. Santo Daime, like peyote and other herbal medicines, is only used by indigenous people in ceremonies and rituals for religious reasons and is not addictive. Grandmother Maria Alice felt graced by the purity of the rain forest, its inhabitants, plants, trees and mushrooms.

Clara Shinobu Iura, another of the 13 member of the Grandmothers’ Council, is also part of the Santo Daime community. Sebastião recognized that these two women had tremendous healing powers and asked them always to work together. Since 1998 they have traveled the world in order to support other communities and churches in their healing work.

Today Grandmother Maria Alice is an elder and Madrinha of the Umbanda ceremonies in the Santo Daime Church in Ceu do Mapia. Additionally she is a healer and expert in the field of herbal medicines from the Amazon region, the founder of the Centro Medicina da Floresta and active in the preservation of the rain forest heritage. She is extremely thankful to her spiritual master for giving her the task of setting up the organization to preserve the Amazonian healing methods. She is dedicated to educating children and young people so that they can continue her work and pass on the traditional wisdom.