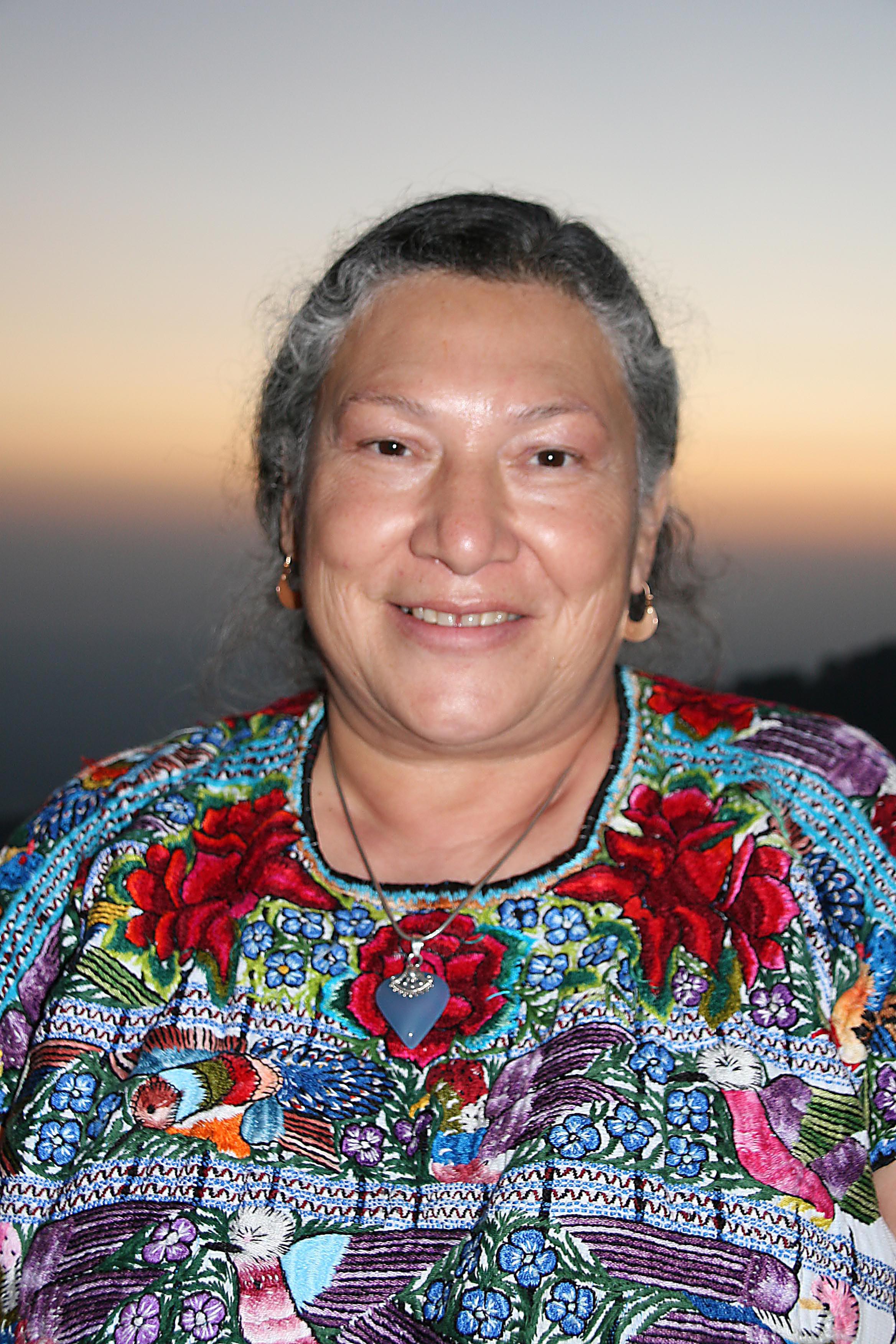 Flordemayo, a Mayan elder and spiritual healer, was born near the border between Nicaragua and Honduras in the highlands of Central America. Her mother, who was widowed when Flordemayo was little more than 2 years old, lived there as a midwife and healer.

Flordemayo was one of fifteen children and even as a young child she had special gifts and received visions. At the early age of 4 Flordemayo began to assist her mother and was trained by her in curandera, a healing technique she had learnt from her own mother. Curandera-healing is a powerful healing technique used by the Mexican shamanic master healers, the Curanderos. It is a synthesis of African, Christian and Mayan healing methods.

In 1960 Flordemayo and her mother and some of her siblings moved to New York due to the strained political situation in her country. This move was rather a cultural shock for Flordemayo and led her to partially give up her healing work for a number of years. Shortly before her marriage to a man she had meet in New York, her mother died.

In 1974, when she was in her early twenties, in a mysterious way she got to know a group of Mayan elders who had come to America to spread healing energy and to fulfill the prophecy of the eagle and the condor. The prophecy said that one day elders would come together in order to share their different traditions and healing methods amongst themselves: the people of eagle from the south and the people pf the condor from the north.

Flordemayo thinks that there should no longer be any secrets around plants, that the knowledge of their healing properties should be made public and that children should be taught about the world of plants and their ability to heal. For the first time in history, traditional healers are sharing their secret knowledge with others and they would like others to grow through this knowledge and change the world for the better.

Together with the Mayan elders Flordemayo began to study the heritage of her culture and feels that her Mayan roots is the keystone of her work. These days she is recognized as a priestess and practices the sacred breath, healing herb baths, Mayan ‘invisible surgery’, the laying on of hands and remote healing. She rebalances the physical, emotional and spiritual as well as the subtle energy systems (auras and chakras).

Grandmother Flordemayo is also a Sundancer. She hold traditional Mayan rites and follows the path of the thirteen sacred centers (www.followthegoldenpath.org). She gives workshops, teaches and lectures at conferences worldwide. She has developed a program which introduces people from all walks of life to the teachings of the Curanderismo. She is the director of the Institute of Natural and Traditional Medicine (intk.org), a school and a healing center in the New Mexican desert, where thousands of different herbs are cultivated from which healing products are made. The institute has its own seed bank in which seeds from all over the world are kept. Additionally she is president of the Confederation of Indigenous People of the Americas.

Grandmother Flordemayo won the prestigious Martin-de-la-Cruz Prize for her healing work, awarded by the Congress for Traditional Medicine.

She now lives in New Mexico with her husband, two children and three grandchildren.