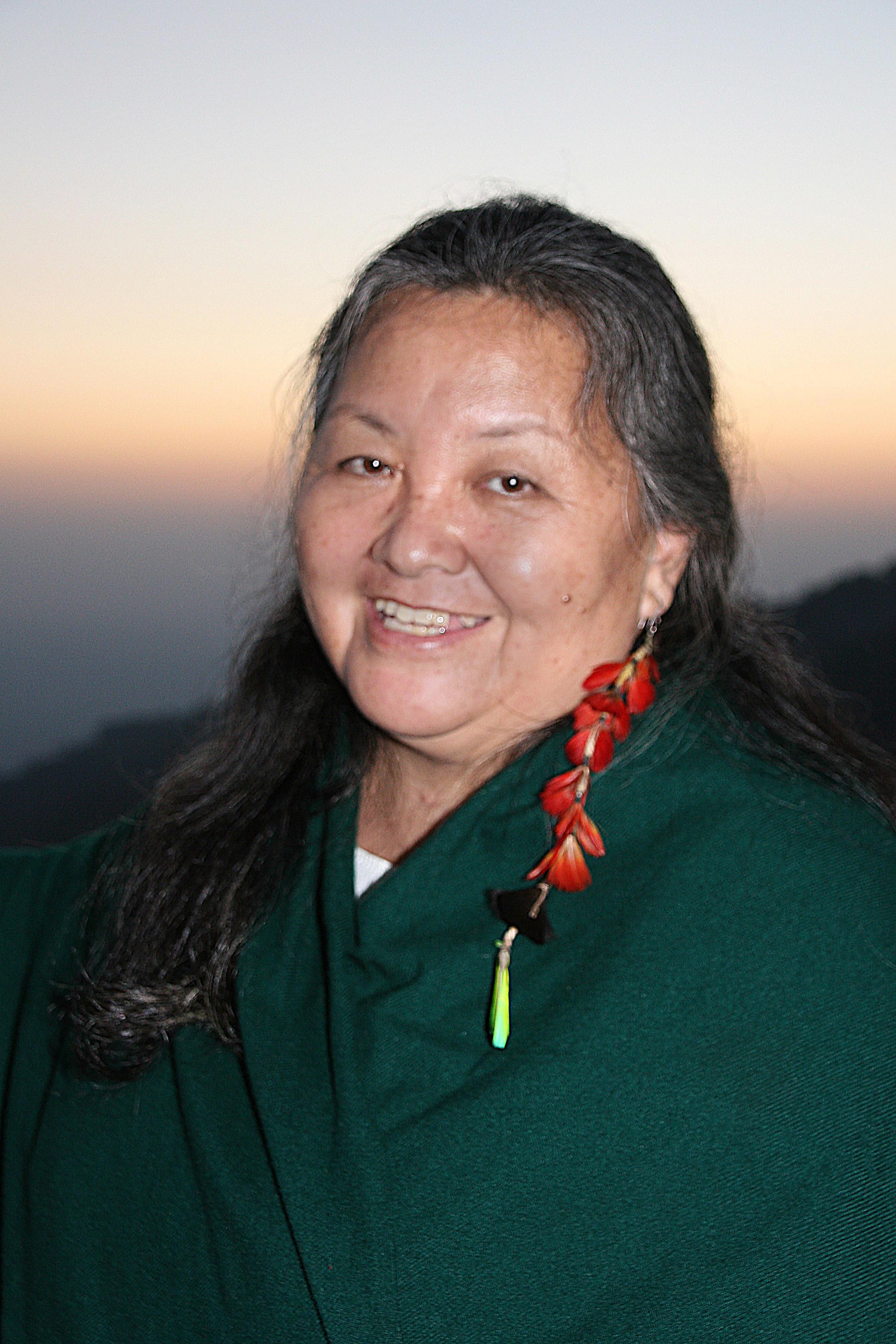 Grandmother Clara Shinobu Iura is the daughter of Japanese immigrants. She was born in a city in the interior of the federal state of São Paolo and grew up in the city of São Paolo. She comes from a traditional Buddhist lineage and her great-grandmother was one of the first Japanese women to have access to the sacred scriptures, which left a lasting impression in Clara’s heart.

Even as a child Clara was very sensitive to social inequality and didn’t feel comfortable in the Japanese community which repressed women in particular. However, when the Brazilian government was in a state of upheaval Clara’s family business went bankrupt and so, for financial reasons, she had the freedom look for work. At this time Clara didn’t believe in spiritual truths and decided to study philosophy because she thought that this course of study and the books on the subject could give her the answers to her questions.

Around 1968 she became involved in the emerging social liberation movements which were fighting the dominant status quo. It was a time of searching and indignation on the part of those people who believed in social equality. Clara began to cultivate an extreme lifestyle until she came into contact with people from different religious directions and spiritual teachings – among them disciples of Osho (aka Bhagwan Shree Rajneesh) – from whom she received a spiritual initiation that opened her perception for the sacred universe and higher consciousness. Various spirits began to visit her, to speak to her and to prove to her that they were speaking the truth. They brought her wisdom and inner transformation.

Most remarkable was a three-month-long encounter with beings from another planet far distant from the Earth, as they told Grandmother Clara. They had come to warn us, the people of the Earth, that through our material and technological lives we were not only being untrue to ourselves but were also forgetting our spiritual lives and God the Creator. They issued a warning that we were about to poison the Earth’s atmosphere and that we should finally realize that the world was in an alarming state. The beings explained to Grandmother Clara that together with many other conscious people she had been chosen to spread this message to the rest of the world before the great catastrophe came which would destroy humanity’s whole existence.

Many years later in the mountains of Visconde de Mauá between Rio and São, Paolo Clara first came into contact with the sacred beverage Santo Daime and special hymns sung for spiritual consciousness. The people she got to know through Santo Daime lived a communal life. ‘They were the like-minded people I had been searching for for seven years,’ Grandmother Clara says.

Their leader, Sebastião Mota de Melo, lived in the depths of the rain forest. There, together with others he wanted to create a natural and healthy way of living. Through her contact to him and her involvement with his healing methods, a new world opened up for her. It brought her to Céu do Mapiá in the Amazons where she still lives and, since 1999, as head of the Santa Casa de Saúde (Sacred House of Health), Céu do Mapiá’s holistic healing centre.

Through her membership of the Grandmothers’ council and with her voice of prayer for the Earth – with the aim that people become more aware about the planet they live on and the spiritual truth of our being – she has found her purpose in life. She teaches how important it is that all the indigenous people of this Earth conserve the wisdom they have received from God and protect it for the coming generations.