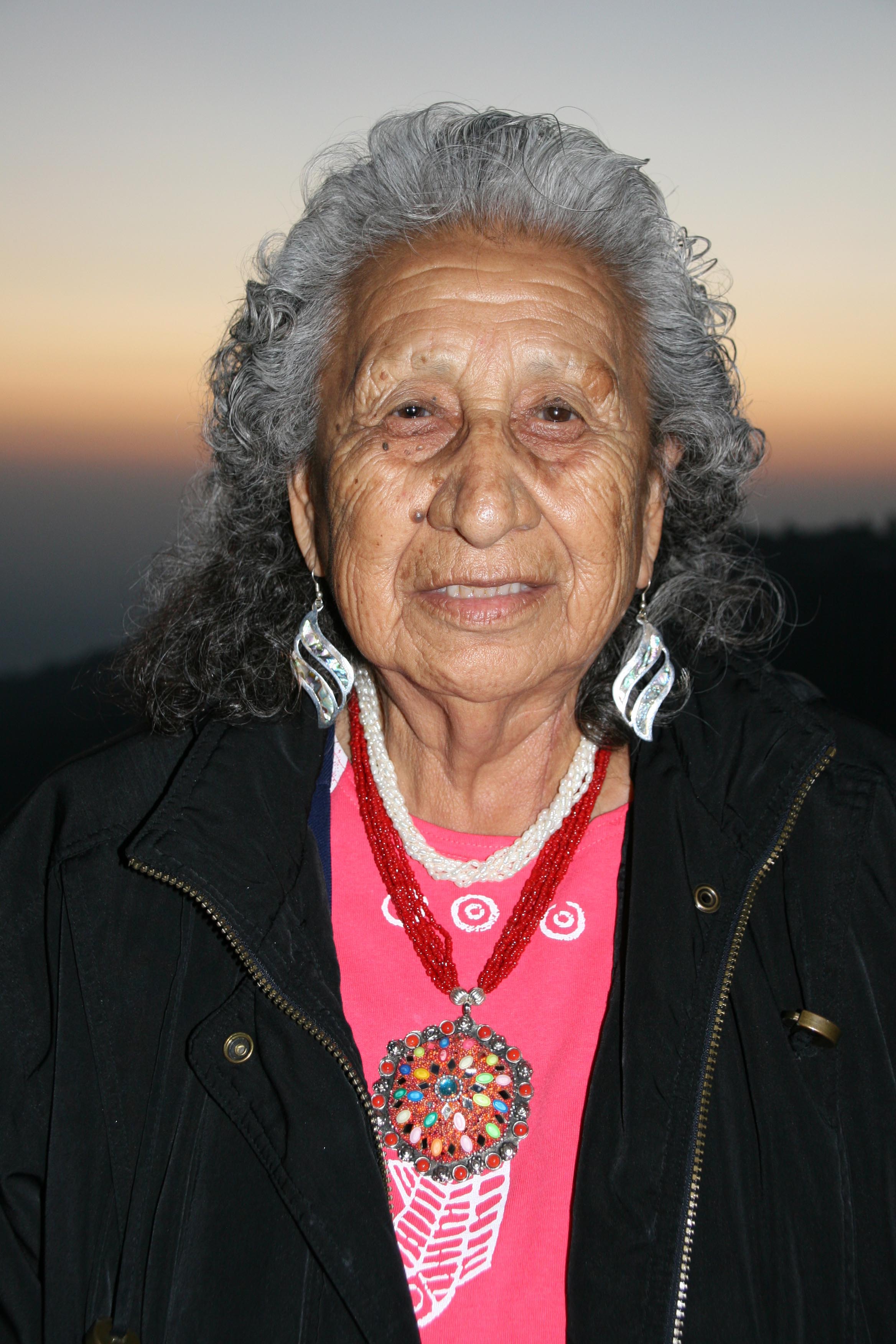 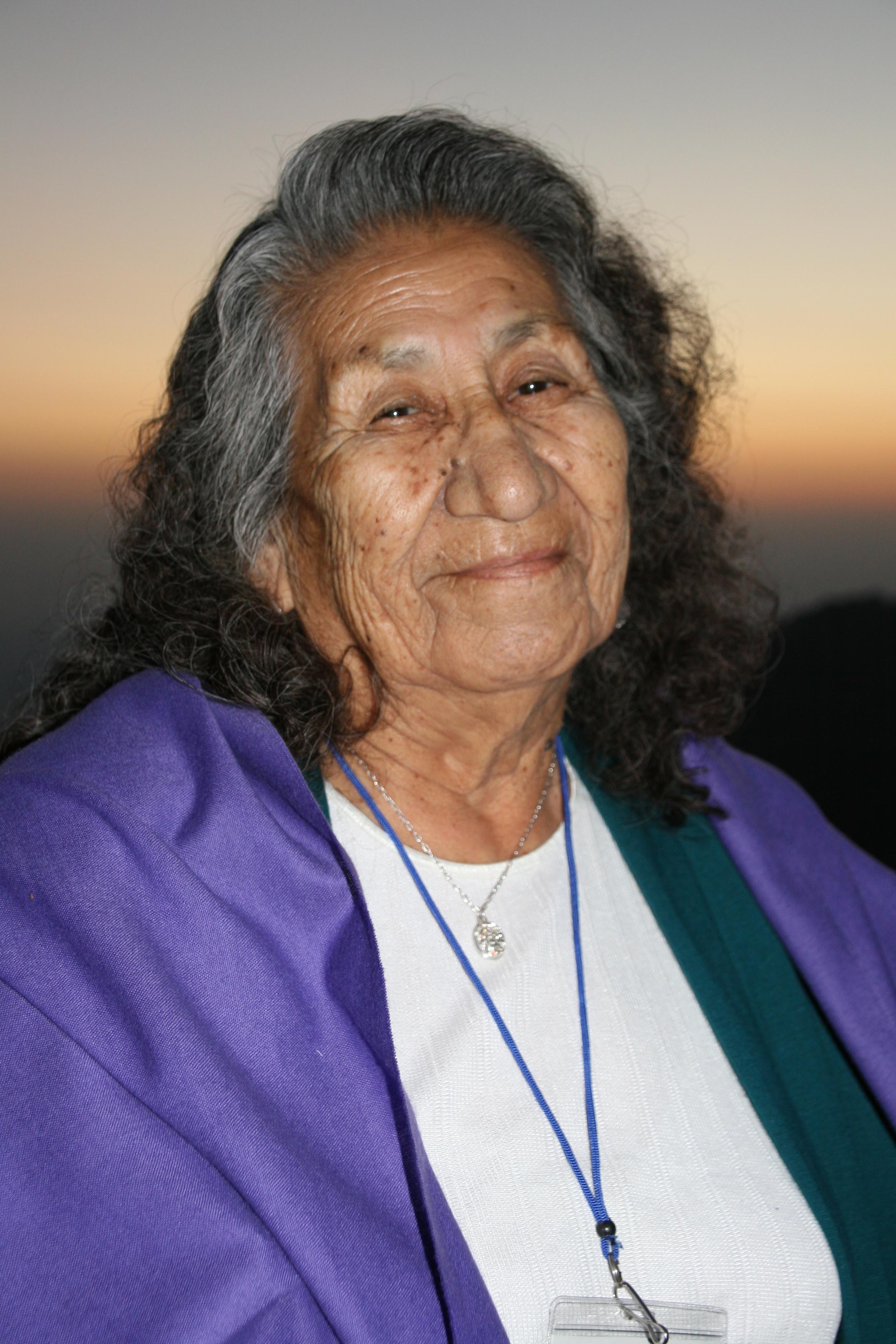 The sisters Beatrice and Rita Long Visitor Holy Dance are from the Oglala Sioux tribe and live on the Pine Ridge Reservation in South Dakota, USA. They belong to the Crazy Horse Clan which is named after one of the most revered warriors and indigenous leaders of the Oglala-Lakota Indians from the 18th century.

The Oglala is the largest of the sub-tribes of the Lakota Indians, generally known as Sioux, and once populated large areas of the North-West prairie. The tribes from the West belong in the main to the Teton-Lakota branch, which itself is divided into seven sub-groups. The Oglala is the largest group and most of its members live on the Pine Ridge reservation.

Since 1890, when the huge herds of buffalo, the tribe’s main resource, were systematically, and often with collusion by the government, killed for sport by white settlers, the Lakota have fallen into a state of poverty and poor health. The continuation of their cultural identity is under severe threat from a number of social-economic challenges: an unemployment rate of around 85%, increasing violence, alcoholism, a school dropout rate of between 45 and 63 percent and a suicide rate twice the national average to mention just a few of the problems facing this society in its current situation on the reservation.

For nine months of the year, Rita and her younger sister by 2 years, Beatrice, attended a government-run boarding school; for the remaining 3 months they helped out at home.

The primary aim of the boarding schools was to teach the pupils the English language and to educate the Indian children to become ‘good American citizens’ by imparting Western-based values and Christian beliefs. Speaking their native language was punishable and so many indigenous children lost touch with their traditions and cultural identity which led to a conflict between the generations.

In 1942 the sisters’ mother became sick with cancer and Rita had to leave school after completing the 8th grade as she was needed at home for the following 4 years. Finally Beatrice also returned home to take care of the family and her brothers. The mother died in 1946.

Once they’d left school, Rita and Beatrice worked in the potato fields. This was hard physical work and badly paid.

Rita’s first child was born after she and her sister had both been married for fours years by which time Beatrice already had 4 children. In total, she gave birth to 7 boys and a girl.

As the years passed the two families saw little of each other. In 1971 Rita left the reservation in order to find work and provide her children with a better life.

19 years after their mother’s death, their father was killed in a road accident. Since this time the sisters pray for their parents and grandparents in both their morning and evening prayers.

Since 1974 Grandmother Beatrice has worked for the health service and tries to help her fellow tribal members. These days she spends 4 to 6 hours a day doing social work. She delivers medication to TB patients and used to work as a community health visitor with diabetics. Originally she wanted very much to be a nurse, but the opportunity never arose. In Grandmother Beatrice’s opinion, people take too many pills and should return to herbal medicine. Both sisters are concerned not only about the poverty on the reservation but also about alcoholism and drug abuse.

‘We use traditional healing methods and herbal medicine. Our Sundance supports our prayers and these are bringing people back onto the right path. Youngsters dance the Sundance and reconnecting with their original being. In the Lakota tradition there are 7 rites, which according to legend, were given to them by the White Buffalo Calf Woman 19 generations ago: the Defense of the Soul; the Purification Rite; Crying for a Vision; the Sundance; the Making of Relatives; Initiation into Womanhood and the Throwing of the Ball.’

When addressing the Grandmothers’ Council, the sisters spoke of their gratitude at being asked to join with other wise women in speaking about peace, love, faith, and charity. They said:

‘We are hopeful that the work of the Council will bring many good things for our children, grandchildren and for all generations to come and will also give a voice to the Lakota people.’ 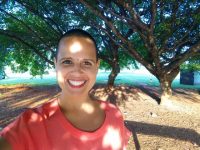