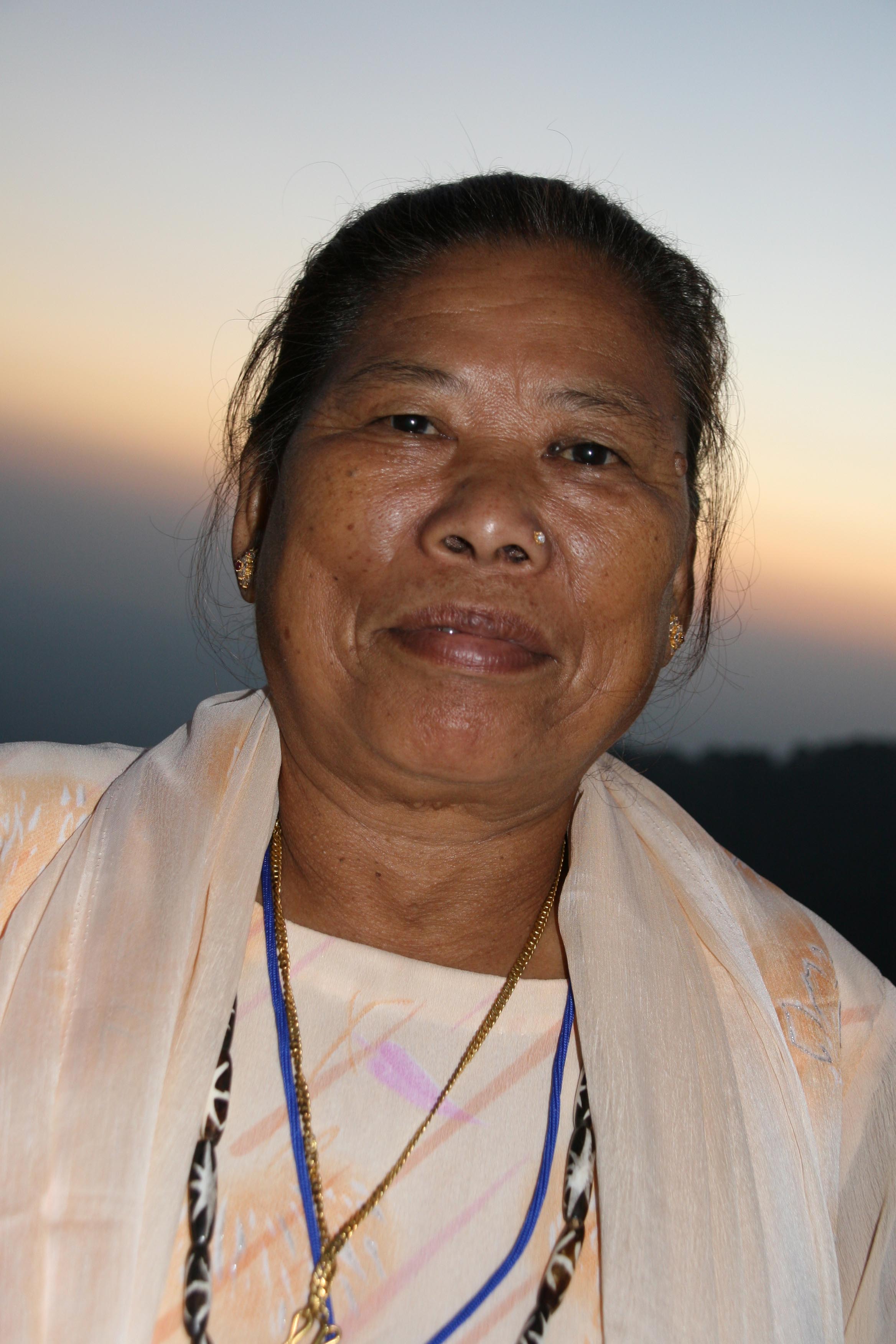 Buddhi Maya Lama, also known as Aama Bombo (Mother Shaman), was born around 65 years ago into a poor family in the remote village of Melong in the eastern part of the Bhagmati zone, Nepal. Her father was a famous shaman and her mother the second of his seven wives. In all, he had nine children.

Grandmother Aama was born into the Tamang tradition – a tradition originating in Tibet and comprising the largest ethnic group in Nepal – which did not allow women to become shamans. From the age of 5 onwards, Aama wanted to become a healer but was prevented in every way by her father who forbad her to develop her gifts. When she was sixteen, Aama moved to Katmandu where she married a man who already had two wives. They all lived harmoniously in one household. Aama’s father died at the age of 80.

After the death of her father, his spirit and other divine spirits and beings began to visit Grandmother Aama and as a result she had attacks of strange shaking sensations and for several months she was thought to be sick and consulted many healers. When she at last recognized the cause and accepted and honored her father’s spirit and other spirits that wanted to work through her, she began to feel better. All her knowledge of shamanic healing has come through her father and the others gods and spirits visiting her.

Grandmother Aama is now a well-loved and well-known shaman. She treats the poorest of the poor as well as members of the royal family, even the King, with the same dedication and respect.

She often heals more than one hundred in a single day. Her patients come not only from Nepal but also travel from India and Tibet to seek healing for their physical, emotional and spiritual problems and those of their children. Grandmother Aama’s most important deity is Kali, the dark fearless mother but the monkey god Hanuman-ji is also essential for her healing work.

She is the second wife of her husband and although she herself is childless she is considered the heart mother of all the children in her household of which she is the caretaker and healer, in fact the true mother of the whole family.

Today she stands alongside the other Grandmothers, spreading her message of universal peace, harmony and brotherhood.

‘Everywhere I go, I pray in order to create a world without war and conflict. I would like see a world full of natural beauty in which all people have the same rights.’