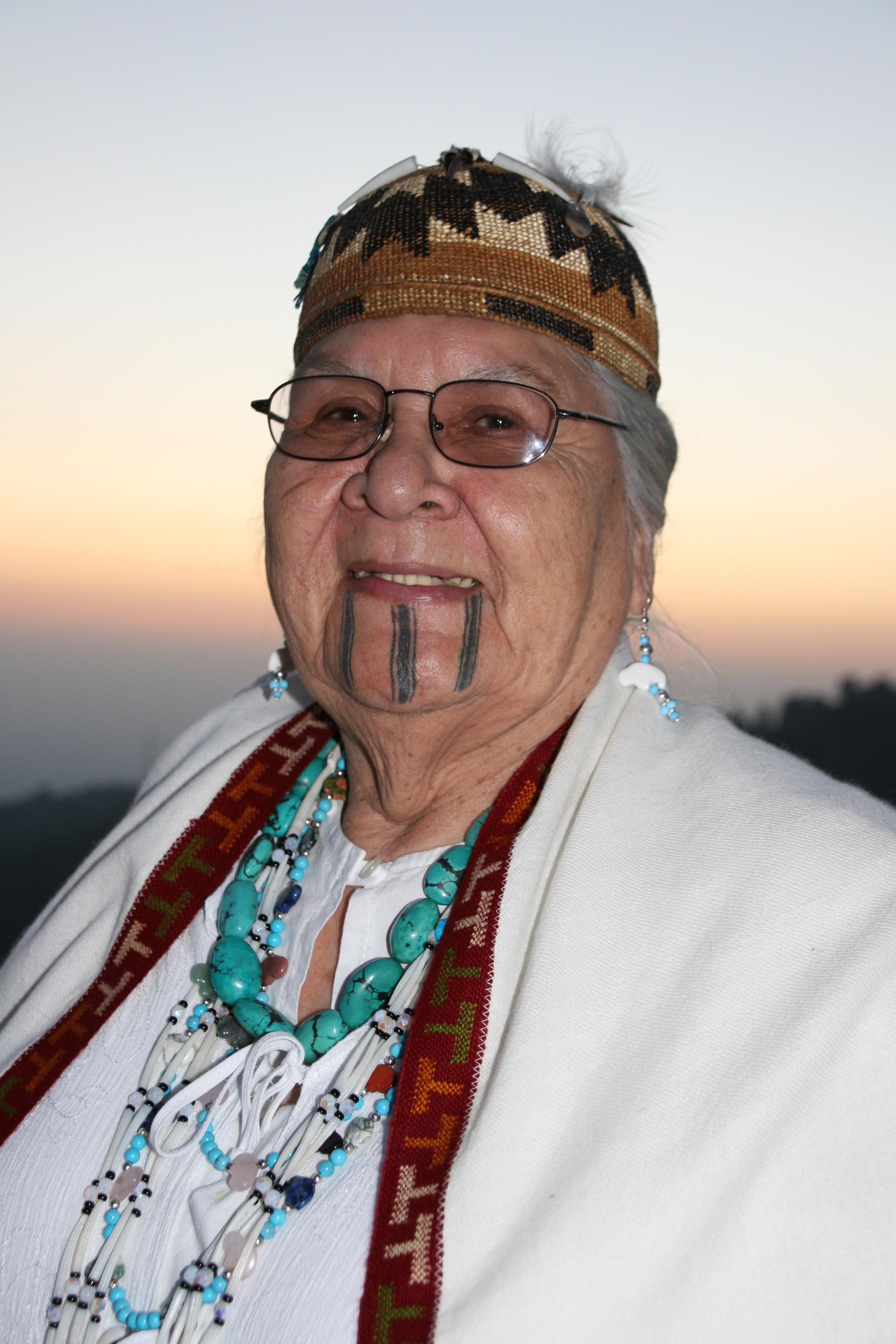 Grandmother Agnes Baker-Pilgrim, was born on 11. September 11 1924 in the headwaters of the Siletz River in the US state of Oregon. She is the eldest living female member of her tribe, the Rogue River Indians, which is made up of the Takelm, Latgawa, Shasta Indians and sub-tribes of the Coquille, Tututni and Euchre Creel Indians.

Grandmother Agnes is a spiritual elder of the Confederate Tribes of the Siletz and the guardian of the Sacred Salmon Ceremony which she revived after it had been lost for 150 years as the result of a massacre of members of her tribe. She has traveled to many countries to speak up for this planet Earth and endangered species. Over the years, she has been honored both nationally and internationally for her leadership, her service to the community and as the keeper of traditional ways of living.

Grandmother Agnes’ native name is Taowhywee, which means Morning Star. Her grandfather, Chief George Harney, was the first chief to be elected autonomously by the Confederate Tribes of the Siletz.

Together with her eight brothers and sisters, she grew up in poverty during the Depression, but she never had the feeling that she was being deprived of anything. Even as a young girl she enjoyed spending time in the family’s garden getting to know the native plants. Her parents died before she graduated from high school, so her brothers were her caregivers. After graduation, Agnes worked as a doctor’s assistant in Portland and then as a nurse in a hospital.

Agnes has been married three times and is the mother of 3 daughters and 3 sons. After being widowed a second time, she married an Indian from the Yurok tribe. She has 18 grandchildren and 27 great-grandchildren. Recently her great-great-granddaughter was born.

In 1982 Grandmother Agnes was diagnosed with cancer. She asked the Creator to let her live because he family needed her and she felt there was still much for her to do in the world. At the age of 45 she felt herself pulled towards a spiritual calling in the form of a restlessness which she even experienced in her dreams. A force was pulling her onto a spiritual path and she was told to cleanse her inner self.

Once having decided to follow this spiritual calling, she felt a heavy burden fall from her shoulders. She made a vow to follow the path in order to honor and respect her ancestors and the coming generations, her parents and her children. She also vowed to fight for the well-being of Mother earth and her people’s sacred places.

‘The dominant society does not have the same feeling for sacredness as the native people. They desecrate our holy places. We have to fight this blindness, this inability to see and cherish the sacredness which is all around us.’

After working for the Indian Health Service for many years, Grandmother Agnes returned to college and at the age of 50 graduated with a degree in psychology and Native American Studies. She was also became the founder of the Konaway Nika Tillicum Native American Youth Academy and a mentor for an academic program especially for students with a native American background at the Southern Oregon University.

As she is the oldest of the 13 Grandmothers, she was asked to be the chairwoman of the Council. She is convinced that the Grandmothers have the warrior spirit that has been handed down from generation to generation. Her greatest hope is to protect and preserve the beauty of this planet. This will surely be accomplished, as this wise woman’s motto is:

‘Yesterday is history, tomorrow is a mystery; today is our gift and we should use it wisely.’